The Freedom Fund Banquet is the major fundraising event for most branches of the NAACP. Contributions and donations allow us to offer valuable workshops, scholarships, and activities for the community that we serve.

Whenever the NAACP sees inequalities within the community, we are at the forefront of challenging these disparities.

Engaging with the Community

​We work with our community to encourage them to take action and work collaboratively to solve issues. 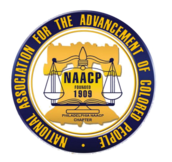 Advocating for the Youth

​The Arlington NAACP Branch is dedicated to advocating for equal educational opportunties within our youth. We strive to eliminate racial hatred and racial discrimination

Ester Cooper, a landowner and a resident of Arlington County, organized the Arlington Branch of the NAACP in 1940. Dr. Herbert C. Marshall, first president of the NAACP Branch of Washington, DC, assisted Mrs. Cooper in founding the Arlington Branch.  The first organization meeting was held in St. John Baptist Church, Arlington, VA.  According to the former Branch President, William C. Butler, Sr., the first officers installed in October were as follows:

In 1940, the purpose of the NAACP Arlington Branch was to eradicate racial prejudice and to eliminate racial discrimination in education, employment, housing, and civil rights.  In 2015, the NAACP is still fighting for that same purpose.  If you know our struggle has not ended, then we need your help.  Your membership and support for the programs of the NAACP Arlington Branch will help realize our dream of true equality.

During the early years “People of Color” were largely of African American descent. Today the term “People of Color” would exclusively describe a new deprivation that identified our Latin, Asian, Native American, Gay, and Lesbian brothers and sisters.


Credit is given to the following resources for the information included above:  Community Archives, The Paper of William C. Butler, Sr., Arlington County Department of Libraries, and The Virginia Room. 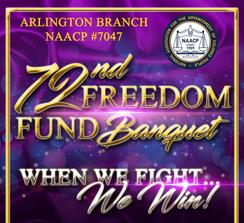 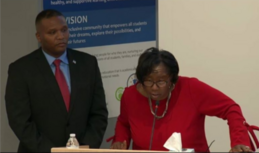 The vision of the National Association for the ​

Advancement of Colored People is to ensure a society in which all individuals have equal rights without discrimination based on race.

To ensure the political, educational, social, and economic equality rights of all persons and to eliminate race-based discrimination. 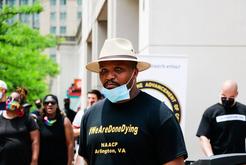